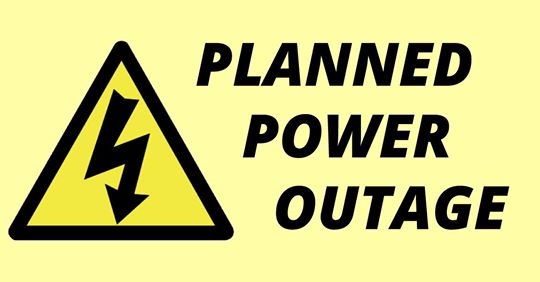 Some residents in Ferndale will experience a brief power outage on Thursday, August 22, as DTE works to transition electrical customers to their new substation infrastructure, located at Nine Mile and Hilton.

During the transitions, power will be turned off for customers for up to three hours. Changeovers are being scheduled by area/neighborhood. Thursday’s outage will affect the following areas:

The first area in red has two pieces that are approximately defined as follows: Piece 1, the north side of Troy Street on the South, the east side of Livernois Street on the West, the south side of Nine Mile on the North, and the west side of Allen on the East . Piece 2, the area bounded by Nine Mile, Livernois, Albany, and Dover. Work is scheduled to begin in this area at approximately 9:30 AM. The interruption could last as long as three hours.

The second impacted area in green is approximately defined as follows: The north side of W. Hazelhurst on the South, the east side of Livernois on the West, the south side of W. Troy  Street on the North, and the west side of Allen on the East . Work is scheduled to begin in this entire second area at approximately 1:30 PM. Again, the interruption could last as long as three hours.

In the event of inclement weather on Thursday August 22, this job will be postponed until Friday, August 23.