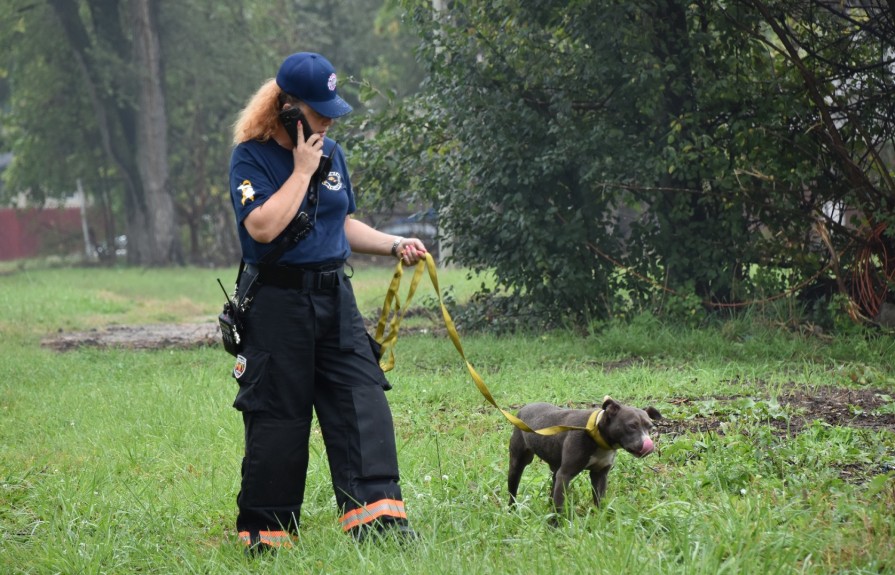 “She was scared, but there was not an ounce of aggression in her body,” said Chief Robinson. “She just wanted to be loved.” Chief Robinson recounted how she sat on the ground with the dog, who immediately gave her many grateful kisses and cuddles.

The dog - now named “Miracle” for her miraculous story - has been treated for her burns at the Oakland County Animal Shelter. She will be released for adoption in the coming days.

“When we found her, we weren’t sure about the extent of the fire,” said Chief Robinson. “This is a great thing to celebrate; we don’t always have positive outcomes like this.” Chief Robinson is eager to share her story in hopes of finding Miracle a loving home.