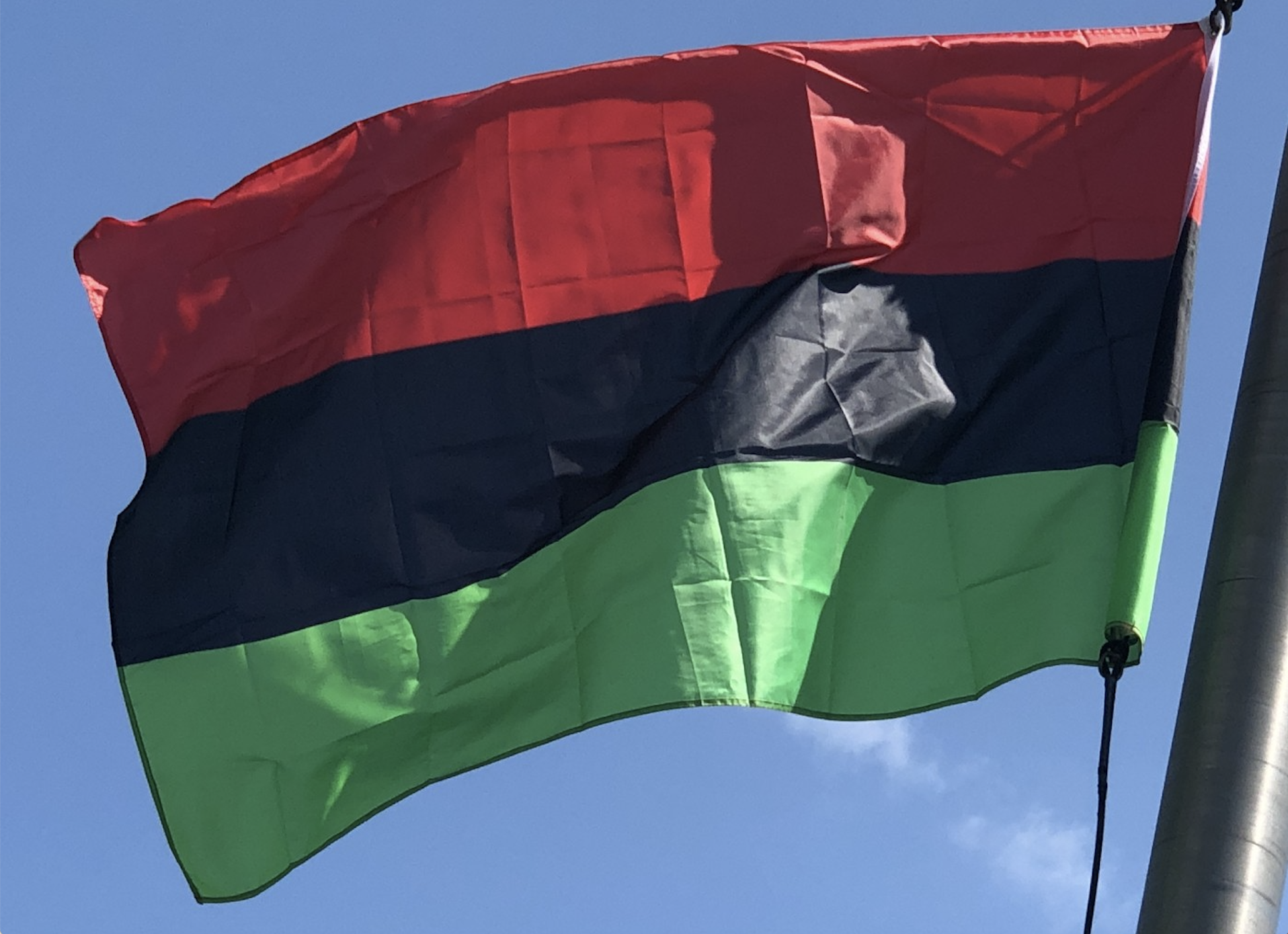 In honor of Black History Month, The City of Ferndale will display the traditional Pan-African flag outside of City Hall for the month of February. City Council unanimously passed the resolution at their Monday, January 25 meeting.

The resolution, led by Mayor Pro Tem Raylon Leaks-May, is one of several initiatives undertaken by the City following Council’s June 2020 Commitment to Antiracism. The Mayor Pro Tem was approached by a Ferndale High School student about ways in which the City could offer more support and celebration of the black community; Leaks-May felt the flag resolution was a great way to support the anti-racist declaration, as well as to acknowledge Black History Month and recognize the diversity, contributions, and accomplishments of the black community.

The Pan-African flag was created in 1920 to represent people of the African Diaspora and black liberation in the United States. The tri-color flag consists of three equal horizontal bands of red, black, and green: red, symbolizing the blood that unites all people of Black African ancestry, and shed for liberation; black, symbolizing black people whose existence as a nation (though not a nation-state) is affirmed by the existence of the flag; and green, symbolizing the abundant natural wealth of Africa.

“When this flag is hung, people should see that it is a symbol of unity and recognition,” said Leaks-May. “This is a City of inclusion, and I’m proud of Ferndale for taking a stand and making this contribution.”

Additional support for this initiative was provided by Graduate Management Assistant Danicea Woods-McSwain, who developed the final draft of the proclamation. As presented to City Council at Monday’s meeting, this resolution: “…recognizes and celebrates February 2021 as Black History Month in the City of Ferndale and pledges to encourage the celebration of Black History Month to provide a continuing opportunity for all people to learn about the discrimination and inequality that has faced, and continues to face, the African American community.”

Woods-McSwain said that as a young black woman, she feels proud to work for a City that recognizes the struggles and triumphs of her community.

“I’m truly honored to contribute to this initiative and to be able to celebrate black lives and black history within the City of Ferndale,” Woods-McSwain said.
‍

The flag will be raised in front of City Hall at 9 a.m. on Monday, February 1, in a small, socially distanced ceremony. Follow the City’s Facebook page for a video and event details.