The developers at 430 W. 9 Mile sought and received a site plan approval for their concept, a residential development on 475 Withington, back in August 2018. This original approval was for 40 rental units, but the developers approached the city requesting a modification to the site plan, reducing the unit count from 40 to 27. This was administratively approved, as allowed for by city ordinance, in November 2018.  Site plans are valid for two years from the date of approval. The project, if incentivized, would trigger our Inclusive Housing Policy requiring affordable housing units, and would be the first private project in the city to provide affordable housing.

The Ferndale BRA will meet to discuss this project virtually via Zoom on July 9, 2020 at 7p.m. Please see the document links on the right side of this page for meeting info. Virtual public participation will be facilitated in the same way as done for City Council virtual meetings.

The project has a site plan last modified in November 2018, which expires in November 2020 if substantial progress is not made on the project. The developers have paid the Incentives Application Fee and intend to finalize their incentives application following initial discussion at the BRA. The immediate next step for this project is a discussion at the Ferndale Brownfield Redevelopment Authority (BRA) to gain feedback on their concept at a high level (considering the project concept, potential benefits, and the incentives request). Staff review of the preliminary incentives application is under way and a first round of feedback and questions have been provided for the developers to review and respond. At the July 9 meeting, no vote will be taken and the project will not be formally considered for approval.

The Ferndale Inclusive Housing Policy of 2017 requires all incentivized projects with 25 or more residential units to provide affordable rents on 25% of the total units for 30 years. For this project, 7 units would be required to be affordable. Our policy defines affordable as a percentage of Area Median Income. Specifically, we require that the 25% be split as follows - 10% at 80% of AMI, 10% at 60% AMI, and 5% at 50% AMI. For this project, that would mean 3 units each at 80% and 60% of AMI, and 1 unit at 50% AMI, for a total of 7 units. Affordability will be certified at each city rental inspection, where rent rolls will be evaluated to ensure compliance.

The developer is seeking initial input from the BRA on a preliminary application for brownfield incentives for their project. The project requests $997,695 in Tax Increment Finance (TIF) incentives, with $250K provided as an initial loan from the Revolving Loan Fund and the remainder to be disbursed over 21 years. The project calls for $5.5M in private investment. The developer requests this incentives support in order to make the project financially viable as well as compliant with the city's Inclusive Housing Policy of 2017, which requires for projects of 25 or more units, that 25% of the total units be offered at affordable rates.

Tax Increment Finance
Brownfield Incentives are a federal program established in 1996 to support activities such as urban infill development, redeveloping old properties, and removing environmental contamination. They work through a mechanism called Tax Increment Finance (TIF). TIF leverages the growth in a property's taxable value, which occurs due to investment in the property, to reimburse developers for some of their development costs. TIF only works - and thus a developer only gets reimbursed - if the property generates more tax revenue than it did prior to the project. TIF is paid annually, after tax rates are finalized for the year and after the city has certified that the developer's reimbursement request is only for eligible activities that have been performed as outlined in their plan. The city and all other tax jurisdictions (schools, library, etc.) still collect the full amount of tax revenue that they currently collect on the property for the entirety of the project.

Revolving Loan Fund
Some Brownfield projects can also tap into the city's Brownfield Revolving Loan Fund (RLF). This fund is a restricted account that can only be legally used to support Brownfield projects. It gets revenue from past Brownfield projects, and is available for new projects that need up front investment in order to be viable and/or provide desired community benefits. When the RLF is used, any funds provided to the project are also reimbursed by the project. The same TIF that reimburses the developer can also reimburse the RLF. Sometimes, the cost of not only building a project but financing it, as well as the terms of financing, can make it difficult to pull a project off without additional funding. In those cases, if the community benefits are compelling to the city, it can be worth considering the use of the revolving fund.

An important caveat of Brownfield is that it is entirely dependent on the growth in taxable value for the property, and so its benefit is not guaranteed. It is a calculated risk that developers make, and one they only apply for if they are confident that their project will perform - because if it doesn't, they do not get reimbursed. 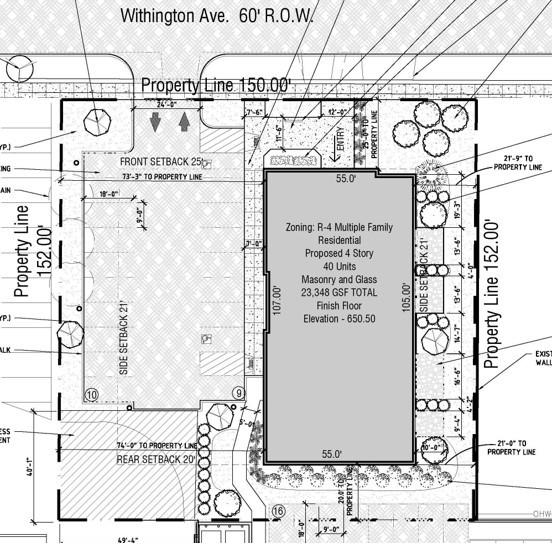