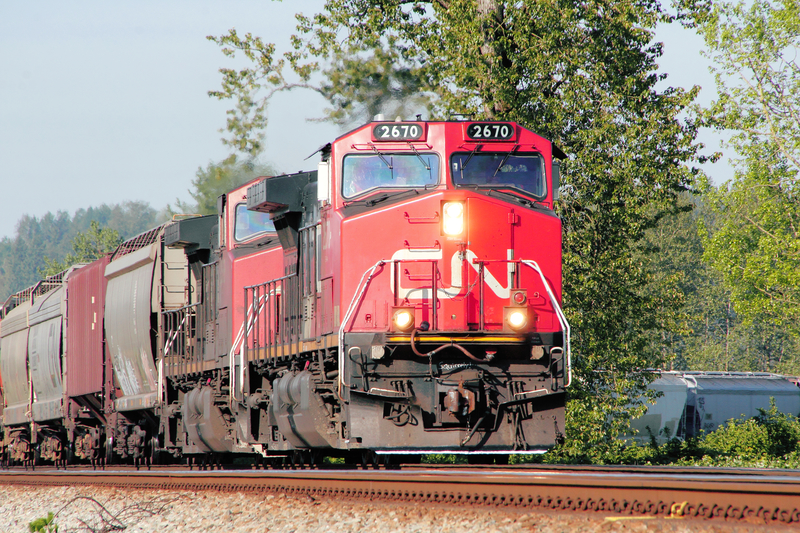 Work on Ferndale's railroad crossings/intersections began last week as part of the City's move toward rail traffic Quiet Zones. The railroad track intersections on both Cambourne and Woodward Heights closed Tuesday, with work on E. Nine Mile scheduled for next month.

The work being performed includes pavement work and the installation of barriers that will prevent drivers from maneuvering around the gates when they're down—both essential safety measures required for the introduction of Quiet Zones.

What are Quiet Zones?

Quiet Zones are designated areas where trains can travel without sounding their horns. While horns are generally required as a safety precaution, they can be eliminated as long as alternative safety measures are taken—for example, the addition of barriers or berms like the ones currently being installed.

What's the timeline for Quiet Zones?

The City and CN expect to implement Quiet Zones late this fall or early winter, in November or December of 2017. We'll then have an approximate three-month acclimation phase, where railroad conductors and residents learn the new system and horns are gradually phased out. After that, the entire city—all four train crossings—will be considered quiet and trains will sound their horns only as needed for safety or alert purposes.

After the Quiet Zones and acclimation phase are complete, will train horns be completely gone?

Quiet Zones act as areas where it is considered safe under normal circumstances for conductors not to sound train horns. There will still be the occasional train horn—for example, in low-visibility weather conditions or if a vehicle is spotted crossing a track with a gate-arm down.

What is the timeline for the work happening on the intersections to prepare for Quiet Zones?

The work being is being performed by Florence Cement under contract/direction by Giffels Webster. If you have questions or concerns, please contact the City Department of Public Works at 248-546-2525 Option 7.