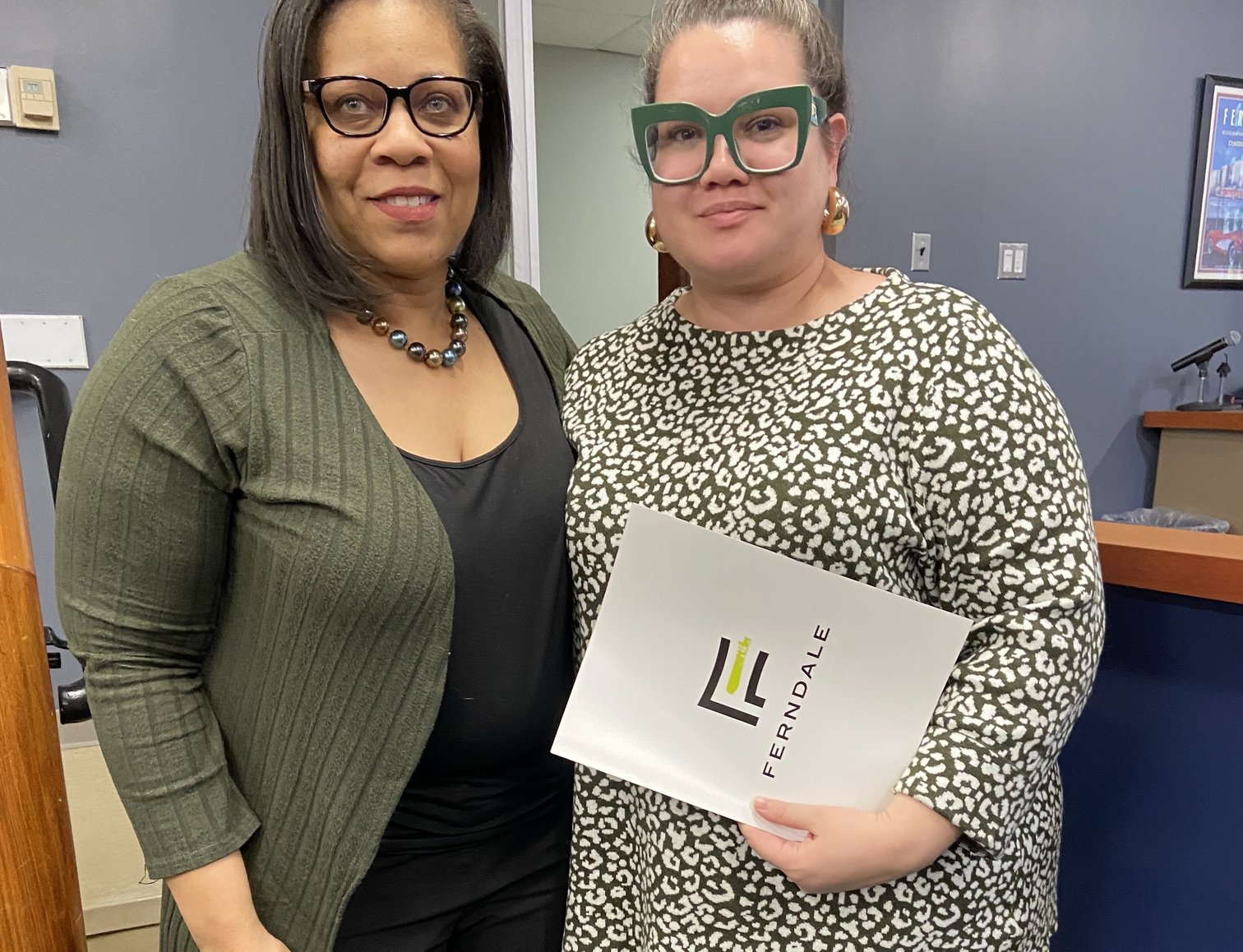 At the Jan. 27, 2020 regular meeting of Ferndale City Council, Mayor Pro Tem Raylon Leaks May introduced a resolution declaring January 2020 as Human Trafficking Awareness Month in Ferndale. The resolution was accepted and adopted with full support by Mayor Melanie Piana and City Council.

January was first declared as National Slavery and Human Trafficking Prevention Month in 2010. Since then, January has been a time to acknowledge individuals who are experiencing or have escaped enslavement. Although slavery is commonly thought to be a thing of the past, human traffickers generate hundreds of billions of dollars in profits by trapping people in horrific situations around the world, including here in the U.S. Traffickers use violence, threats, deception, debt bondage, and other manipulative tactics to force people to engage in commercial sex or to provide labor or services against their will.

According to Grinn, human trafficking doesn't always (or even often) look like "kidnapping by strangers in vans," which is the image many people have; it often occurs in homes and businesses and in small, tight-knit communities. This is why it's essential to know the red flags, even in a community like Ferndale.

Human trafficking is a very real problem facing the world today, and although it can take many forms — including debt bondage, forced marriage, slavery and commercial sexual exploitation — in every case, it goes against the core principles of individual freedom and civil rights that our state and nation stand for; and

The City of Ferndale is committed to ensuring that our community remains on the front lines in combating this deplorable crime; and Due to its secretive and illegal nature, it is difficult to accurately quantify the extent of human trafficking; however, the U.S. State Department estimates that 600,000 to 800,000 people are trafficked across international borders, including women and children who have been marginalized and isolated from society; and

The first step in eliminating human trafficking is to educate others. We must work to ensure that all our residents are aware of this problem and how to spot it. We must work together as a community so that human traffickers are punished and to protect and assist their victims. Through the vigilance and perseverance of our citizens, effective enforcement of justice will someday be a reality; and

The U.S. Department of Justice defines human trafficking as the recruitment, harboring, transportation, provision, or obtaining of a person for labor or services, through the use of force, fraud, or coercion for the purpose of subjection to involuntary servitude, peonage, debt bondage, or slavery;

Therefore, be it resolved, that the Ferndale City Council declares January 2020 as Human Trafficking Awareness Month. We ask all residents to join us in raising the visibility of this crime whose victims are all too often invisible. Together, we can become more informed about this pressing issue and work to combat its injustices.‍

Human trafficking victims often exhibit one or more of the following:

Human trafficking situations can be dangerous to you if you attempt to intervene. If you suspect human trafficking, call the National Human Trafficking Hotline at 888-3737-888, or call 911.