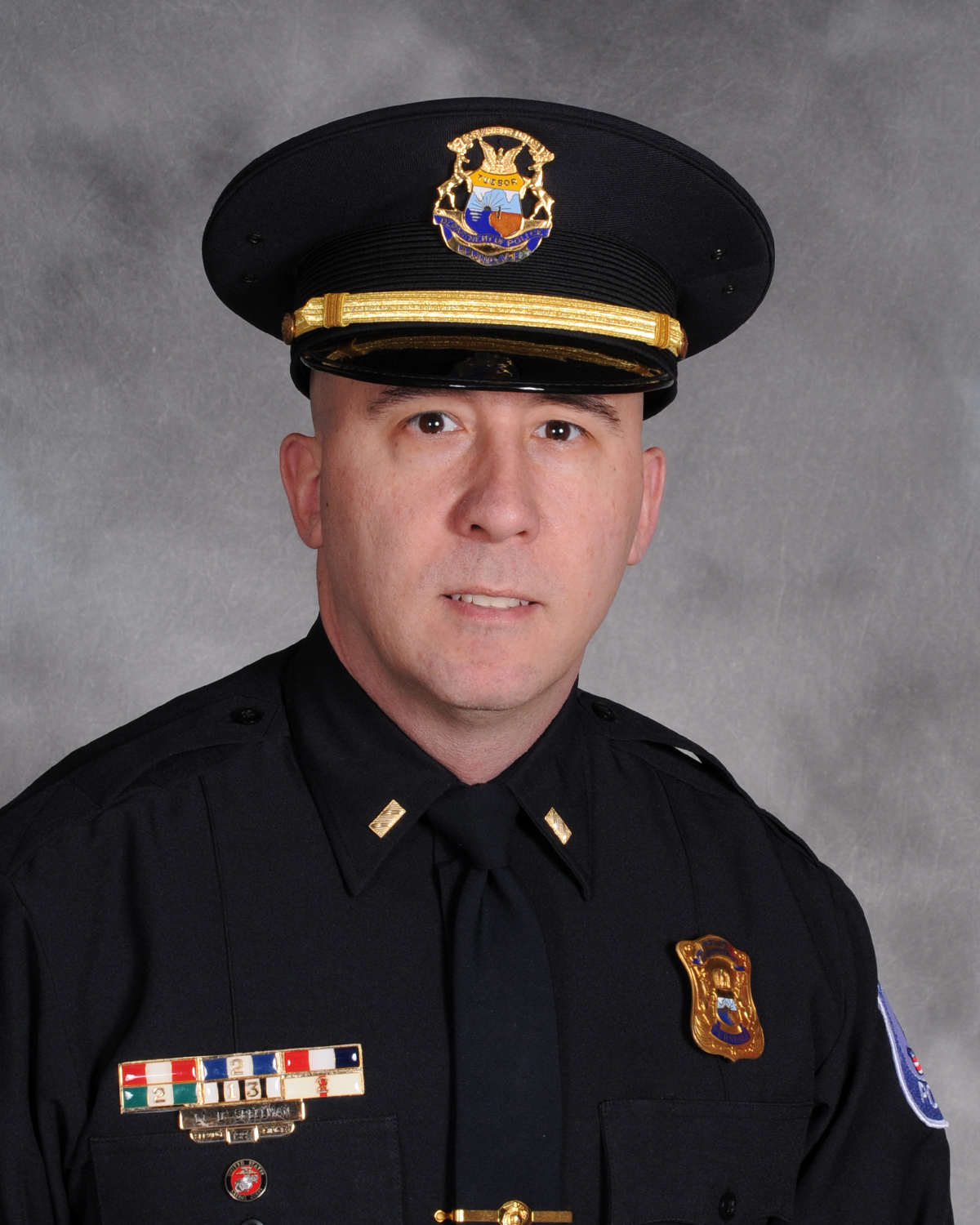 City Manager Joseph Gacioch has announced that Lieutenant David Spellman has been named the new Police Captain for the City of Ferndale.

Spellman is a 23-year veteran of the Ferndale Police Department, having served most recently as the Department’s Detective Lieutenant. His role included supervision of case management, internal investigations, court proceedings, and the property room. He has been a member of the Ferndale community as a student, resident, and civil servant for 40 years.

“When promoting a Police Chief and Captain, it is important to solicit a variety of perspectives because the Police Chief and Captain work hand-in-hand with all levels of departments, elected officials, and the community to advance the department and more broadly, the City’s strategic objectives. This is a significant distinction of other command positions – they are more focused on department administration, shift operations, and training and development.” City Manager Gacioch said.

“Lt. Spellman was able to effectively communicate about the ideals of integrity, fairness and equity shared between the Police Department and the City Government. The Captain’s position grows in their organizational role, beyond the confines of the Department’s mission. I am confident that the department and City Hall will continue to make positive progress toward community policing, equal justice, and continuous improvement forward, building on the foundations set by Chief Palazzolo.” He stated.

Spellman brings nearly two decades worth of high-level experience to his new position, including:

Spellman is very excited about his new position within the department. “Growing up in Ferndale and spending my entire career with the police department, I have an immense appreciation for the officers who’ve come before me and the history of Ferndale,” Spellman said.

When asked about his future goals for the department, Spellman stated, “I have spent the majority of my career training and teaching, so I’m passionate about building a culture that inspires the development of our officers to stand out as leaders in our profession.”