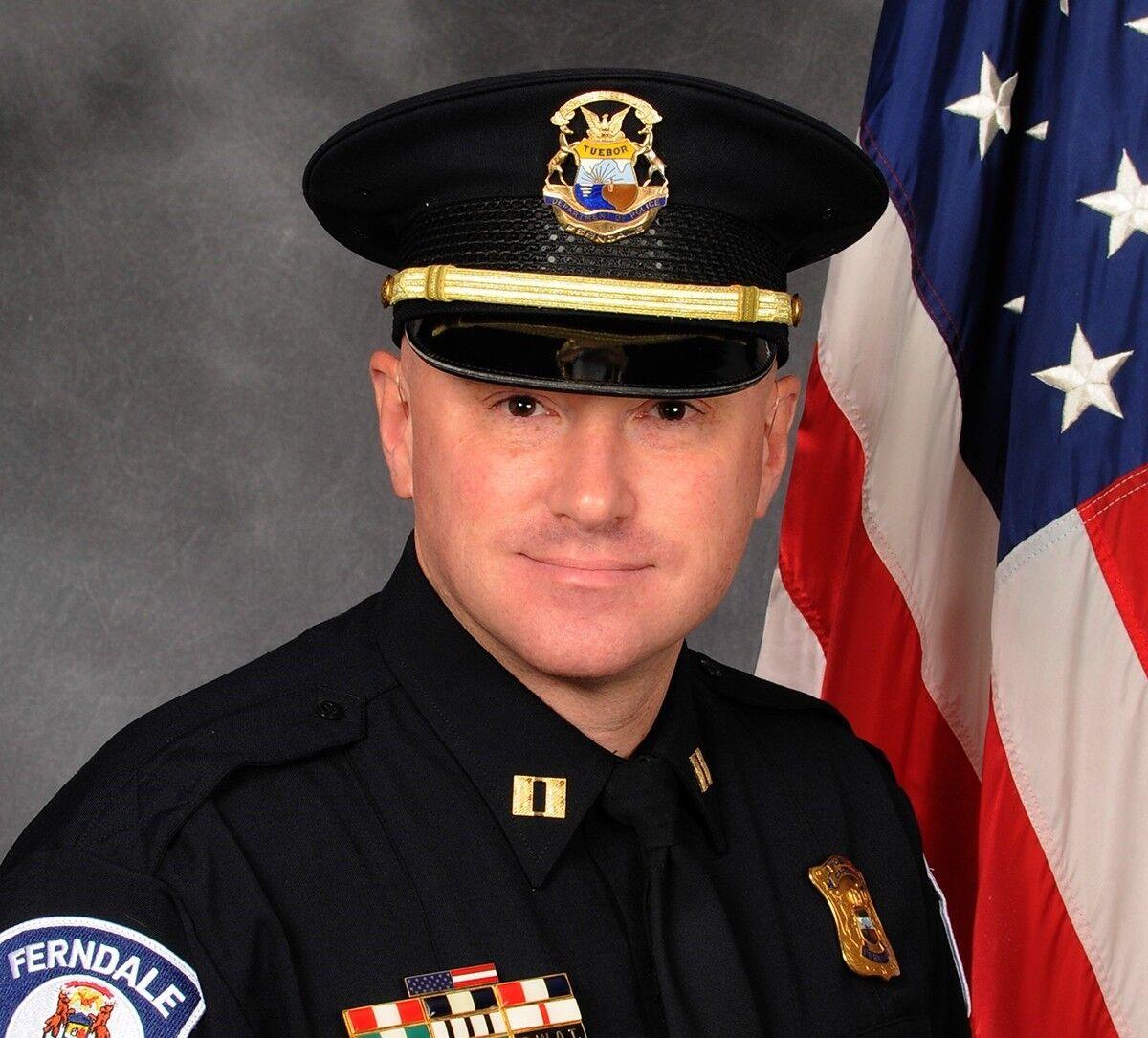 City Manager Joseph Gacioch has recently announced that Ferndale Police Captain Dennis Emmi will be named the new Police Chief for the City of Ferndale. He will begin his new position on January 1, 2021.

Emmi has over twenty years of experience with the Department, having climbed the ranks as Police Service Aide, Patrol Officer, Juvenile Detective, Sergeant, Lieutenant, and his current role as Captain. He will be the Ferndale Police Department’s eighteenth Chief of Police.

In addition to his positions within the Department, Emmi has served in many other roles, including:

·  Team Commander of the Honor Guard

Emmi is also a life-long resident of the Ferndale community, having graduated from Ferndale High School. His parents have also served the City in a multitude of roles.

“The right Police Chief is a difference-maker in our community. Not just managing crisis situations and preserving public safety, but in setting a daily example of integrity in all public interactions…community policing and recognizing the importance of equal justice under the law,” said City Manager Joseph Gacioch.

This announcement follows the previous news of the Ferndale Police Department’s Accreditation through the Michigan Association of Chiefs of Police (MACP) – a process which Captain Emmi assisted with. The Department is one of only twenty-nine law enforcement agencies in Michigan to earn this prestigious Accreditation -- a process designed to strengthen an agency’s transparency, accountability, and professionalism.

This Accreditation is the result of strong dedication and commitment by the Ferndale Police Department’s team, who worked to put standards into place regarding policing, financials, internal investigations, officer wellness, recruitment, training, crime scene processing, and more. Considerable time was spent on topics of violence resistance (use of force), creating an eleven-point policy that addressed the duty to responsibilities, and the requirement of an annual summary of all force incidents. Following this process, the Department received a thorough review of auditors, who spent two days reviewing operations, policy, staff, and completing a report.

Captain Emmi is looking forward to serving the City of Ferndale in his new role and carrying forward previously implemented policies of communication and transparency between the community and the Department. “Just as the City of Ferndale strives to be a benchmark community in our region, I want the Ferndale Police Department to be a benchmark law enforcement agency in our region,” Emmi stated. “Police departments can’t maximize their potential without a partnership with the community they serve. To effectively police any community, the police must build relationships with their community members to foster trust and mutual respect.”