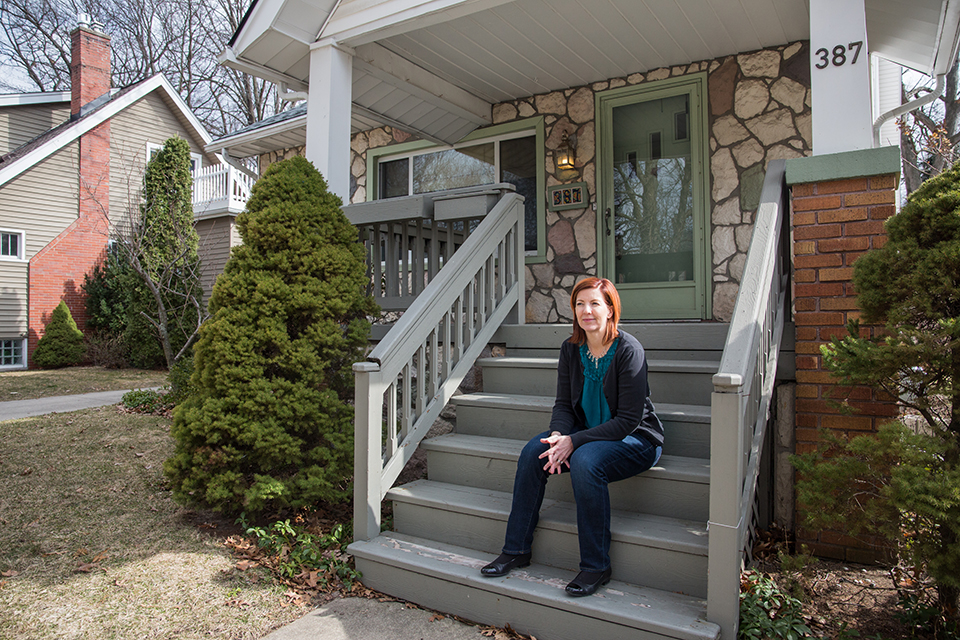 Photo by the Urban Institute

The Urban Institute—a nonprofit research organization that provides unbiased, authoritative insights about the well-being of people and places in the US—has completed an extensive analysis of the Detroit and Southeastern Michigan housing markets. Their results include the release of three research and policy briefs, published this week: Supporting Southeast Michigan’s Renters, Sustaining African American Homeownership in Michigan, and Housing an Aging Region, each outlined in depth in the feature, "Southeast Michigan Housing Futures: A Converging Story for the Detroit Metropolitan Area."

Featured in Urban's study and feature is Melanie Piana, Ferndale City Councilmember and Deputy Director of Jefferson East, a 501(c)3 working to foster new and inclusive development within the east Jefferson corridor from downtown Detroit to Alter Rd. An affordable housing advocate, she discusses the challenges communities continue to face following the housing crash, particularly with a growing senior population and a decline in homeownership, especially among African Americans.

"One of my favorites quotes about housing is, 'helping people stay in the community they know and ensure the people who care for us can afford to live here,'" says Piana, who collaborated with Ferndale's City Council and Housing Commission on Urban's analysis. “Right now, every city is trying to do it on their own rather than take a regional approach . . . how can we do this better together?”

"One of my favorites quotes about housing is, 'helping people stay in the community they know and ensure the people who care for us can afford to live here."

The analysis is part of Urban's ongoing engagement in Detroit and its metropolitan area. In July 2017, researchers from Urban released a report, Southeast Michigan Housing Futures, which found that, after accounting for the region’s recent economic recovery, Southeast Michigan is expected to gain approximately 380,000 households between 2010 and 2040, with growth increasingly more evenly distributed across the region in the years ahead. The new briefs build off the Housing Futures report’s analysis of demographic trends and projections, and present strategies for communities across the region to address the shared challenges.

To read about Urban's analysis, findings, and views from Piana and other experts, read the feature, "Southeast Michigan Housing Futures: A Converging Story for the Detroit Metropolitan Area."